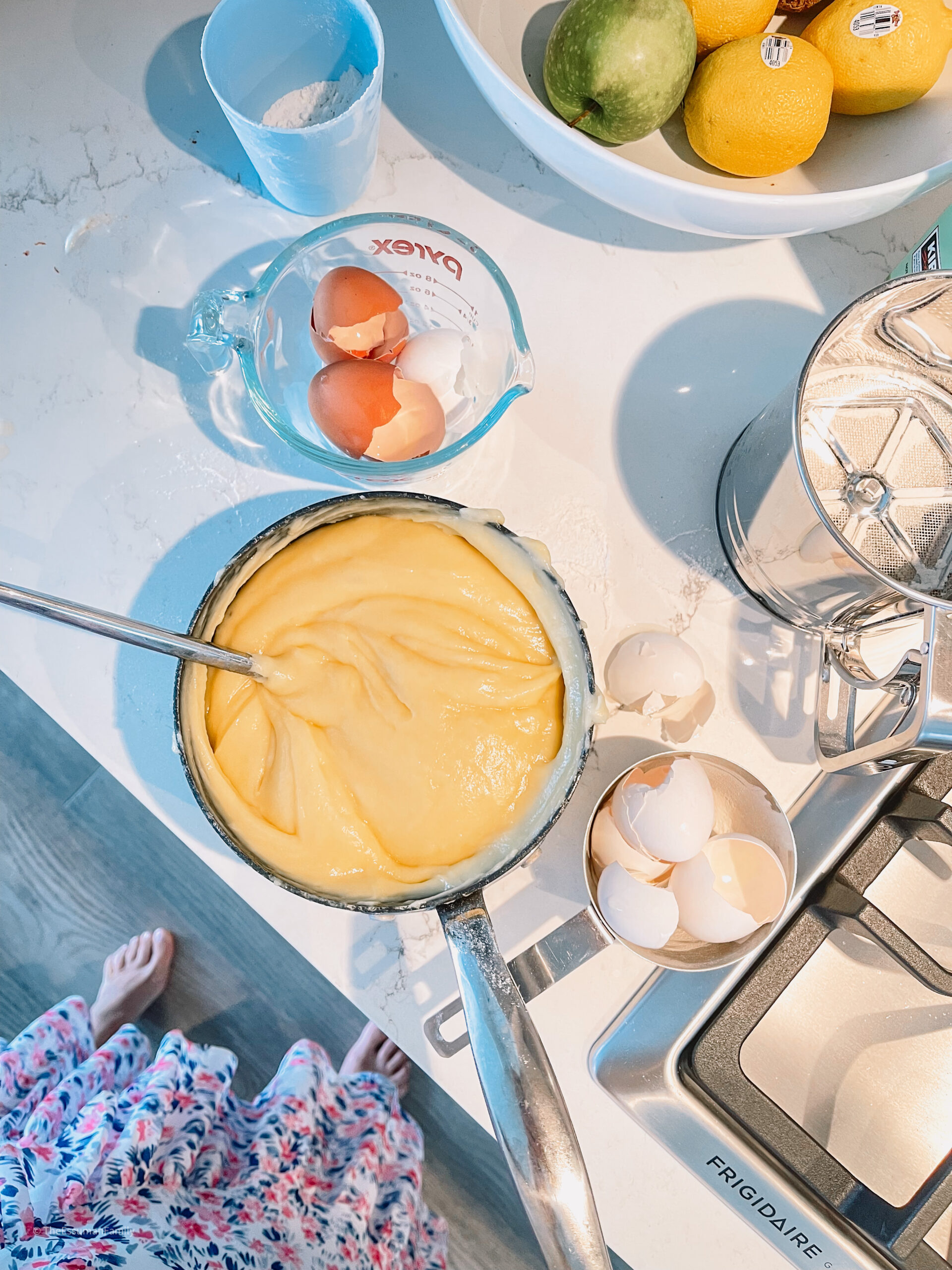 Also known as Creme Patissiere in France. It’s like a refined equivalent of home made pudding, but it’s also not that.

It’s a light cream that in Italy is often used to stuff croissants, pastries, cakes, beignes, and many one of my favorite desserts, fruit tarts.

I love that it’s light in consistency and tastes just oh so good. No butter for this recipe, just lots of flavor. If you have ever heard of pots de creme, this dessert is somewhat similar in a way. In fact my mom growing up would often place the remaining cream in a small bowl and let it cool in the refrigerator, to then let us eat it with a spoon. Think of it a little bit like a creme brulee or a flan. They just aren’t the same because they are all made with similar, but different ingredients and ratios of each ingredient.

This cream may seem complicated, but it’s very simple and this process will make it even simpler in a way because it’s fool proof. That’s right, while the traditional method is simpler, it’s often a little bit more risky because if not done right can make you wind up with a few clumps, that is the risk whenever making creams that require a little bit of baking and vigorous mixing in the process. But this method has a couple of tricks that will save you from having hard lumps in your sauce. As long as you stay by your stove and remember to mix your cream at all times!!!! That cannot be avoided.

I love using a wooden spoon or a whisk during the part where you’ll have to mix the sauce vigorously. This recipe reminds me why women in the kitchen can stay fit and develop amazing strong arms. Because this recipe will require some vigorous mixing, which will definitely build up your endurance for your shoulders, biceps, and triceps. Isn’t that amazing.

I used to whip whipping cream by hand as a child. I only did it a handful of times ,and once in our kitchen during culinary class. We did it just so we could see how much effort it actually used to take our ancestors to whip and make everything by hand.

For a different spin on how to cook this dessert, try to pour the eggs, sugar, and flour in a metal bowl instead. Microwave the milk until it’s boiling. Bring a medium sized pot of water to boiling pot on the stove, rest the metal bowl on top, slowly keep mixing and watch the magic as your sauce will gradually thicken until it has reached it’s peak consistency and is ready.